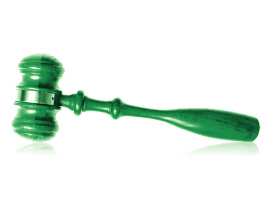 The UKT Consulting Group will assist you in winning disputes with tax authorities, including those on the results of tax audits. Our services include:

We will draw up and implement a comprehensive plan to protect your rights as a result of tax audit.

The advantages of working with the UKT Consulting Group:

The UKT Law Firm has been for many years successfully defending clients in disputes with tax authorities and can confirm its professional level with court decisions now in force on specific cases won.

At present the greatest difficulties in legal disputes with tax authorities arise from the use by courts of the so-called judicial doctrines that are not found neither in civil nor in tax law, however, due to law enforcement practices, the courts go by them in making decisions. So, due to law enforcement practices, there exist the following judicial doctrines:

Our company will build the Client’s defense taking into consideration the use of current positive judicial practice on particular cases, relying on the decisions of the RF Supreme Arbitration Court (SAC), rulings of the RF Constitutional Court, judicial doctrines, decrees by the Federal Antimonopoly Service of judicial districts and other courts.

So, if you decided to make use of our services in a dispute with your tax office or the supervising tax authority, we suggest that you contact us as early as at the stage of appealing against the respective violation of your rights by a tax authority to the higher tax authority, and then refer to the arbitration court with a claim to annul the relevant act of the tax authority.

If your company is included into a schedule of on-site tax audits, however, you are not sure if the schemes used by you and the arrangement of financial and economic activity of your company are appropriate, we recommend that you contact us for legal and tax audit. The purpose of the audit is to identify risks and hazards in the area of ​​tax law.

After the audit and the accomplishment of our recommendations, you may avoid or reduce, for example, the risk of the on-site audit, reduce the amount of additional taxes, penalties and fines. It must be remembered that corporate raiders and third parties, including your competitors, may use the tax deficiency report against your company as an instrument of pressure, because the violation of tax laws often leads to violations of the criminal law, involving adverse consequences for the company’s management and leadership.

Your request has been sent.